home Go back to home 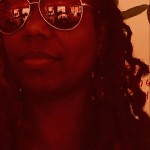 After one year IRL, I've sought refuge on the internet.

SteFaq’s. Started as a joke while co-working at the AWS Loft and a clever domain that was Route 53’d for future use, has ended as a collective community based class about how we use and understand money. Sparked a neighborhood cafe’ and a discussion about collective ownership in the for profit and B corp environment.  […]

How Dreams of Spacefaring Zombies Led to the Launch of Sputnik.

What, you think there’s enough room on Earth for everyone who has ever lived?

Early on a Saturday morning 60 years ago, the millennia-old dream of spaceflight came true as Sputnik 1 rocketed into orbit to become Earth's first human-made satellite. The mission notoriously shocked the world and minted a new era of human exploration, but what's less well-known is that Sputnik arose, in part, from a 19th century […]

Algorithms Supercharged Gerrymandering. We Should Use Them to Fix it.

Today, the Supreme Court will hear oral arguments for Gill v. Whitford, in which the state of Wisconsin will argue that congressional redistricting practices are not subject to judicial oversight. At the core of this hearing is whether partisan gerrymandering—a tactic used by political parties to redraw congressional voting districts so that the voting power within those […]

5 Years Cruising the World, They Still Living the Dream.

Asia at Sea talked to Brian about how this all started and to find out where they are now and how they are getting along.

5 Years ago, Brian Trautman dropped the mooring lines of his boat Delos, and left the business World in Seattle behind him. He and his crew planned an epic trip across the Pacific Ocean to New Zealand but when they finally got there, they weren’t ready to stop…Asia was beckoning. Asia at Sea talked to […]

Who Is Satoshi Nakamoto, the Creator of Bitcoin?

Like a frustrating episode of Lost, there’s one too many clues and few, if any, answers.

For all of Bitcoin’s fabled transparency, a key piece of this bubblicious puzzle remains elusively opaque. Who the hell is Satoshi Nakamoto? Like a frustrating episode of Lost, there’s one too many clues and few if any answers. Satoshi, of course, is the one who started it all, unleashing his concept of a cryptographic, self-regulating […]

How Humans Will Respond to Immortality: An Interview with Philosopher John Fischer.

The scope of The Immortality Project reflects that boundlessness.

Five million dollars is a hefty grant for any academic to receive, let alone a philosopher. And yet that’s exactly what UC Riverside philosophy professor John Martin Fischer received last year for a project that will involve dozens of scientists, philosophers, and theologians from around the world to examine a subject that is probably unknowable: […]

The Nations Guaranteed to Be Swallowed by the Sea.

“We’ve already lost some island atolls. On others the rising sea is destroying homes, washing away coffins and skeletons from graves”

Imagine the street you live on is knee-deep in floodwater, and it’s ruining everything in sight, including your home. Now imagine that those awful floodwaters never, ever recede. Instead, the water just keeps rising and rising until your entire country drowns. For a number of island nations, that’s ultimately the significance of the recent reports […]

He believes that tackling the individual illnesses that haunt old people’s lives is a fundamentally flawed strategy.

Aubrey de Grey has been called many things. “Transhumanist” is one of them, but one he dislikes. “Immortalist” is the tag used to describe him and his colleague Bill Andrews in a documentary shown at South by Southwest this March, though de Grey rolls his eyes when someone drops the word “immortality.” The British gerontologist […]

I Skyped Jacques Cousteau's Grandson on the Bottom of the Ocean.

The expedition is led by Fabien Cousteau, the grandson of the well-known French oceanographer and scuba visionary Jacques Cousteau.

On June 1, a team of six splashed down 63 feet beneath the ocean surface to shack up in Aquarius, the world’s only underwater lab, located off the coast of Florida. They’ll be down there for 31 days, surfacing only on July 2. “Mission 31” will mark the longest stretch spent in the ocean base, […]

Haunted by His Brother, He Revolutionized Physics.

Time. As a physicist, Wheeler had always been curious to untangle the nature of that mysterious dimension.

The postcard contained only two words: “Hurry up.” John Archibald Wheeler, a 33-year-old physicist, was in Hanford, Wash., working on the nuclear reactor that was feeding plutonium to Los Alamos, when he received the postcard from his younger brother, Joe. It was late summer, 1944. Joe was fighting on the front lines of World War […]